If a car isn't starting, giving it a jumpstart is oftentimes the solution. You might want to know, though, whether jumpstart services will make a difference in your situation. Here are four ways to tell if you'll probably require car jumpstart services.

Every light on and in your vehicle depends on the battery to operate. If your car's battery has little to no juice, you can expect none of the lights to come on. This applies even if you turn the key over. In that scenario, you won't even see anything on the dash or console light up.

You can pop the hood and verify that the cables are connected to the terminals of the battery. If they appear to be securely fastened, the odds go up significantly that the battery is drained or close to it.

There are lots of scenarios where the lights are on but the car won't start. Generally, the car doesn't make any sound at all when you turn over the key if the battery is totally drained. You might see the car try for a little bit and then fail, also. Especially if the car sounds like it's trying less and less with each attempt, there's a high probability you'll need jumpstart services.

Notably, you should be careful about pushing the issue if the starter appears to be working. If you're hearing a solid clicking sound as you turn the key over, it's possible that the starter has failed. Trying to force the issue can cause more damage. It may be worth trying to jumpstart the car, but don't bet on it working if the starter seems to be fully activating.

Deep cold blasts tend to cause batteries to drain faster. This is particularly true if you let your vehicle sit outside for days without starting it. Oftentimes, you'll see the vehicle begin to have more trouble starting during a prolonged cold spell. Finally, the car just won't start when you hit the coldest day or after you don't run the car for several days.

Nothing to Jump the Vehicle With

Even if you're confident with jumpstarting a car, there are times when you may require help. If there isn't another car around to use as an electricity source, you won't be able to try anything with jumper cables. Unless you have a jumpstart kit and it's also charged, your only option may be to call for assistance. 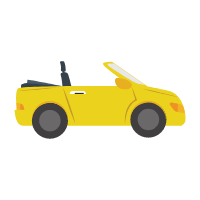 You jump in your car, turn the key, press on the gas pedal, and the wheels start turning. Have you ever stopped to consider how many different parts have to work together in order to get those wheels turning and keep those wheels turning? There are various motor parts, a battery, belts, ball bearings, and more. If you are someone who is passionate about automobiles, it is a good idea to learn more about each of these parts. You may not do your own repairs, but you can have more productive conversations with your mechanic. Read the articles on this website to learn more about these topics.

4 Signs A Car Needs A Professional Jumpstart
9 August 2022
If a car isn't starting, giving it a jumpstart is oftentimes the solution. You might want to know, though, whether jumpstart services will make a diff …

Seven Problems You May Be Able To Avoid If You Buy A Used Car
24 November 2021
One of the biggest decisions you'll make when you buy a car is whether to buy new or used. There are a lot of potential problems that you can avoid if …

Two Common Types of Tow Trucks and When They Are Used
10 August 2020
People need towing services for all kinds of reasons. Sometimes, cars become undrivable after accidents away from home. Sometimes, an intermittent eng …